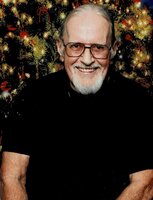 Young, Gordon Raymond
It is with great sadness the family announces the sudden passing of Gordon in his 76th year. Cherished partner to Frances Stone. Predeceased by his parents Bruce and Rose Young, and brother Bruce “Sonny”. Gordon will be missed by his step daughters Stephanie (Mike) and Amanda, his grandchildren Jasmine (Aaron) and Joshua, and his great grand-daughter Lillian. He also leaves behind several nieces and nephews. Gordon was born and raised in Niagara Falls and had a love for motorcycles. You would often find him riding his own bike, enjoying Friday the 13th in Port Dover when he had the chance, or fixing and painting other people's motorcycles. He was also a Proud Legion member and a member of the Old Farts Club in Niagara Falls. As per Gordon’s wishes cremation has taken place and a Celebration of Gordon’s Life will take place at a later date. Funeral arrangements have been entrusted to THOMPSON WATERS FUNERAL HOME. 102 First Ave. Port Dover (519)583-1530. Those wishing, Donations in Gordon’s behalf can be made to Norfolk General Hospital or The Royal Canadian Legion would be greatly appreciated. On-line condolences can be made at www.thompsonwatersfuneralhome.ca.