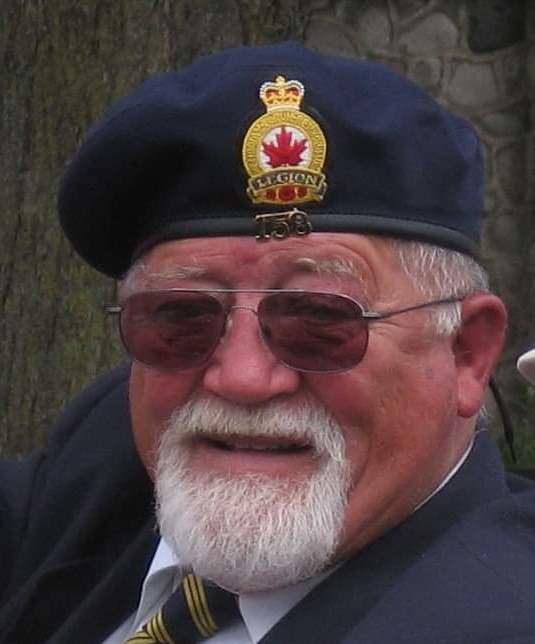 PALMERSTON, William Roy "Barnacle Bill" of Port Dover, passed away Saturday, May 25, 2019 in his 85th year, surrounded by the love of his family at West Haldimand Hospital. Predeceased by his wife Celine (2004). Dearly loved father and father-in-law of William Palmerston and Anabela Neves of Simcoe, Sean and Leanne Palmerston of Hamilton and Julie Palmerston and Andy Dunlop of Port Dover. Proud and loving grandfather of Stirling (Tina), Richelle (Billy), Quinn, Summar, Kieran and Spencer and great-grandfather of Noah, Gavin and Brooklyn. Dear brother and brother-in-law of Terry Wallace and Maryanne Burski of Windsor and Cissy Peters of Port Dover. Much loved uncle of Lisa, Chris, Jeff and Brad. He will be missed by his cousins, Mary Jane and Harry Gamble, Mark and Jeff and their families. Predeceased by his parents, William and Irene, an infant daughter Lynette, brother, Bob Palmerston-Peters, and nephews Brooke and Mike. Bill was a proud veteran of the Korean War serving in the Royal Canadian Navy on the HMCS Haida and HMCS Ontario. He was a very active member of the RCL Branch #158 and for many years served as the Blood Donor Convenor for Canadian Blood Services. During his working career he was employed by Canada Wire and Cable, a very proud employee as a Custodian at St. Joseph's School in Simcoe. Bill also operated the Tastee Treat in Simcoe with his brother Bob. He was a member of St. Cecilia's Catholic Church's Knights of Columbus. Bill loved the outdoors and participated in many outdoor activities, including boating, fishing, and gardening, he was also a previous member of the St. Mary's Flying Nones hockey team and played in the Waterford Rocking Chair hockey league for over twenty-five years. Bill was very well known and will be sadly missed but fondly remembered by his many friends. All are invited for visitation to share their memories of Bill with the family on Tuesday, May 28, 2019, from 2 pm to 4 pm and 7pm to 9 pm at THOMPSON WATERS FUNERAL HOME, 102 First Ave., Port Dover (519)583-1530. A  Knights of Columbus Service will be held at 1:30 pm and a Legion Service will be held at 6:30 pm. on Tuesday. A Celebration of Bill's Life will be held Wednesday, May 29, 2019, from 2 pm to 5 pm at the Port Dover Legion. At 3 pm there will be an informal service with recollections of Bill's life. For those wishing, donations to the Royal Canadian Legion Branch #158 or CAMH would be greatly appreciated. On-line donations and/or condolences can be made at www.thompsonwatersfuneralhome.ca

Wednesday, May 29, 2019 at 3 pm a informal service will be held at the Legion, sharing stories of Bill's life.