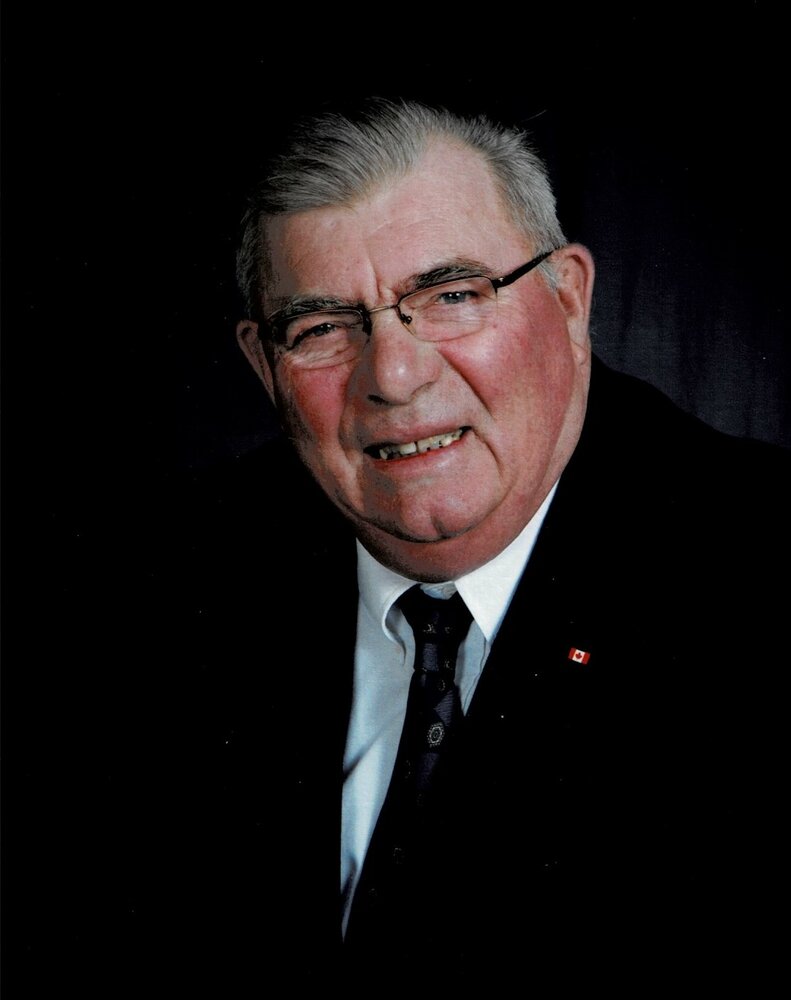 If you wish to attend either the visitation or the service you must call the funeral home to register. Masks must be worn and social distancing observed

It is with great sadness that we announce the passing of Paul Richard Edwards on Saturday September 4, 2021. Paul passed away peacefully at the Stedman Community Hospice in Brantford after a courageous battle with cancer. He was 83.

Paul will also be lovingly remembered by sister Judy Chambers (Vic predeceased) and was predeceased by his sister, Jean Galloway (Bob). Paul also embraced Mary’s siblings and spouses, and the Gaukel Family as his own.

Paul's working career started by taking over the family chicken farm from his dad in St. George. Paul left the farm to work for Checkerboard Farms in Aurora, and later managed, became President and part owner of Toronto Packing Poultry Company in Toronto on Spadina Avenue. In 1988, Paul and Mary settled in Hagersville as owners of Lowbanks Farms where he retired in 2002. Paul was a devoted member of the United Church throughout his life attending services at St. George, Kettleby, Mississauga, Hagersville and Grace United in Port Dover. He was also a member of the Lions club and volunteer firefighter in St. George. Paul enjoyed working with his hands creating works in glass and wood.

Paul was a man of God and great faith, but most importantly, he was a man who loved people. Paul radiated kindness, and built connections easily with people through his welcoming presence and positive spirit. When you spoke with Paul, you felt important and at peace in his company. He was larger than life in so many ways, and the community of family and friends that he and Mary built around themselves was his life’s greatest work. He treasured the relationships he built, and he will live on in all of them, gone but never forgotten.

Friends are invited to share their memories of Paul with visitation at Grace United Church corners of Chapman and St. George Sts on Saturday September 11, 2021 from 1pm - 3pm. A service in memory of Paul will follow at 3pm. For registration to attend the visitation or service please call Thompson Waters Funeral Home Port Dover 519-583-1530. The Reverend Kathryn Vance and Jeff Smith officiating. Private family interment will follow. The Service may also be viewed on the Grace United Church website http://bit.ly/graceunitedlive. For those wishing, donations to Grace United Church or the Brantford Community Health Care Cancer Clinic would be greatly appreciated by the family. Online donations and or condolences can be made at www.thompsonwatersfuneralhome.ca

Share Your Memory of
Paul
Upload Your Memory View All Memories
Be the first to upload a memory!
Share A Memory