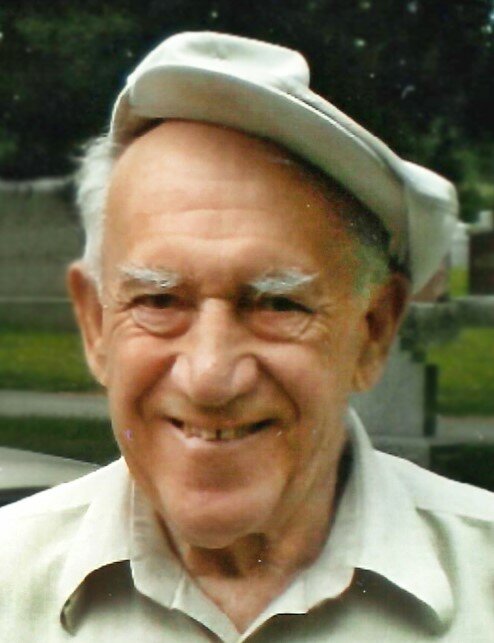 PAINTER, Kenneth William Foxhall – With the love and support of his family and caregivers, Ken passed away peacefully at his home in Port Dover on Sunday, February 27, 2022 in his 95th year. Ken was predeceased by his beloved wife Georgia (Morris) in 2018, and was the devoted father of Keith Painter of Port Dover, Miriam and David Woods of Simcoe, and Elizabeth and Doug Schuyler of Port Dover. Proud grandfather of Michelle Woods, Georgia Schuyler and Samantha Schuyler (fiancé Justin Cridland).

Predeceased by his parents William and Hilda Painter, elder sister Joan Painter, twin sister Jill Gotham and brother-in-law Victor. Survived by nephews Peter Gotham, Paul Gotham, niece Ann Gotham, and their families all in England. Survived by sister-in-law Ione Morris. Predeceased bybrothers- and sisters-in-law Archie and Georgina Morris; Stan Morris; Rosemary and Clarence Mitchell. “Uncle Ken” to late Sam, George and Donna, late David, Joel and Sandra; Paul and Jamie, Michelle and Scott, Ian and Lenie; Rosalee and Ron, Martha and Kevin, Charles, Louise and Terry; and several great-nieces and nephews.A quiet and polite gentleman, Ken was born in London, England on January 26, 1928 and emigrated to Canada at the age of 21. He married Georgia Morris on April 15, 1953, they were together 65 years and raised a family of three children. Ken had a wonderful life. He enjoyed his farm at the head of Main Street growing chrysanthemums and petunias in his greenhouse and selling sweet corn in his market garden; being Port Dover Lift Bridge operator for 25 years, and enjoying retirement on Prospect Street.Visitation will be held at Thompson Waters Funeral Home, 102 First Ave., Port Dover (519-583-1530) on Saturday, March 5, 2022 at 11 a.m., followed by a Memorial Service to celebrate Ken’s life at 12 p.m. in the funeral home Chapel, Rev. Kathryn Vance officiating. For those wishing, donations may be made to the Port Dover Lions Club to honour Ken’s memory. Online condolences and/or donations can be made at www.thompsonwatersfuneralhome.ca We are eternally grateful to Ken’s team of Caregivers for their compassion and kindness which allowed Ken to fulfill his wish to remain at home: Jennifer, Cheryl, Colleen, Sharron & Dalton, Elana, Marianne, Sue, Grace, David, Lynn, Debbie, Natasha, Merissa, and many others who supported our father over the past four years.