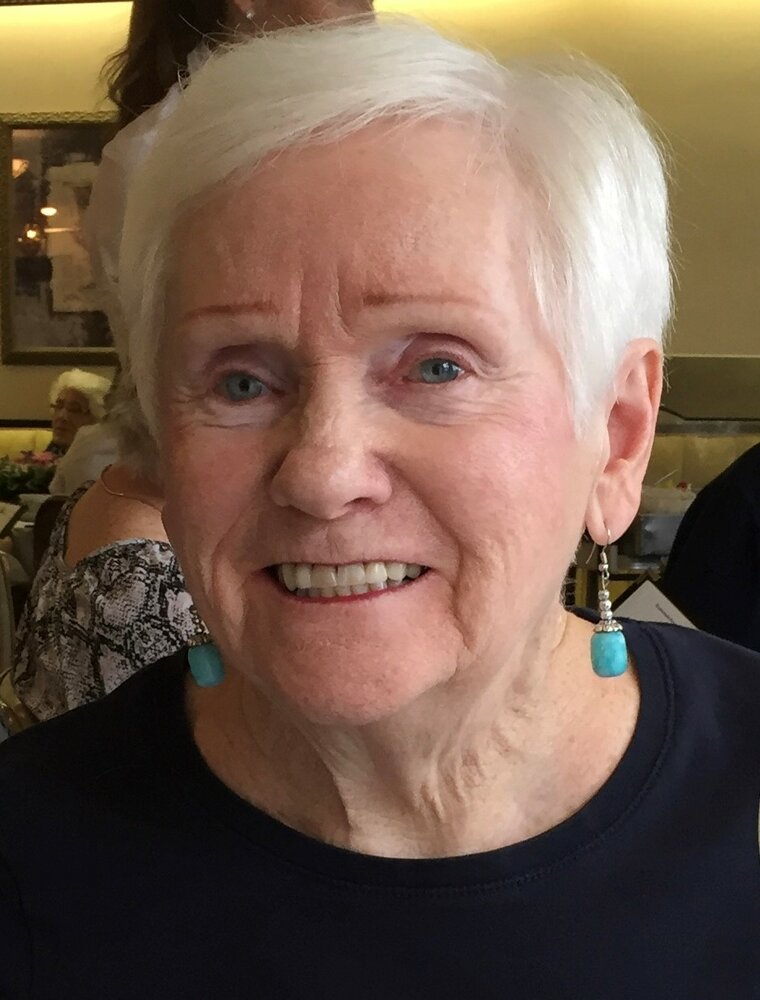 MARSHALL, Mary Lou. It is with profound sadness that the family of Mary Lou Marshall announce her passing on October 23, 2022 at Simcoe Hospital in her 89th year. Predeceased by her father Frank and mother Evelyn. She was the loving and caring partner of Gary Marshall of Simcoe for 62 glorious years. She was much loved and will be missed by family and friends. She is survived by her children Katharyn Ann Fehrens (Peter), Ronald Michael Marshall (Maria DeMelo), Kelly Rochelle McFadden (Geoffrey), Gary Adam Marshall (Jacqueline Theriault), Melinda Lisa Marshall (Ashley Beard). Grandchildren, Ryan, Joshua, Ashley Fehrens; Jeremy, Tyler and Jordan Marshall; Conor and Patrick McFadden; Emily and Aiden Marshall, Alexander Theriault; and Max Dysart. Great grandchildren Brooklyn and Marlee Marshall; Avery Fehrens and Mikaela Hylton; and Griffin Marshall. She will be missed by her Brother Frank and Joanne Farr, sister Patricia and Garth Kelman, sister Evelyn Sharpe and sister in law Joan MacInnis and sister in law Pat Tottle.
Mary Lou was always active. She loved Tai Chi and was an active member for 20 years. She loved golf and curling. She worked with young girls programs at the church and YMCA in Woodstock. She had various secretarial jobs in Simcoe, Woodstock and Toronto. In her later years she spent many hours in her kitchen often baking for others. She travelled North America and Western Europe and the British Isles and she enjoyed her time with Wesley United Church Jarvis which had been a big part of her married life. A celebration of her life will take place at 12:00 noon at Wesley United Church (JCC) in Jarvis on Saturday, November 5th, 2022.Arrangements entrusted to THOMPSON WATERS FUNERAL HOME, Port Dover. (519)583-1530. For those wishing, donations to a charity of one's choice would be appreciated by the family. On-line condolences can be made at www.thompsonwatersfuneralhome.ca