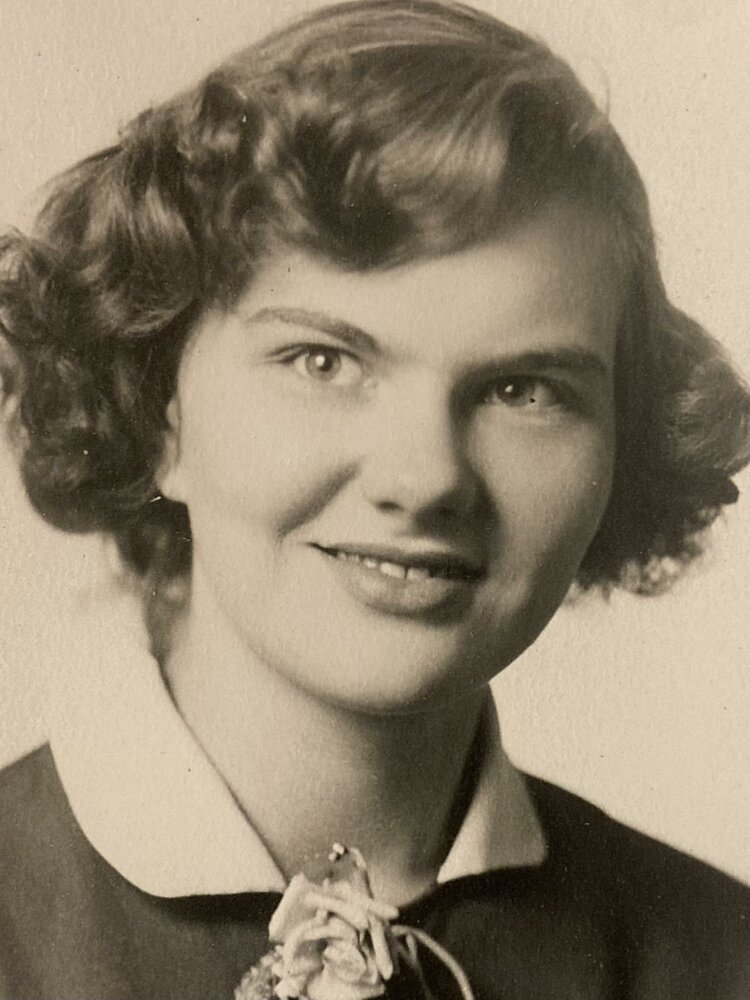 GIBSON, Alberta "Joan" (nee Zimmerman) passed away surrounded by the love of her family on Wednesday, November 30, 2022 at Dover Cliffs LTC in her 88th year. Predeceased by her loving husband, David (2006).  Cherished mother and mother-in-law of Jady Klyve (John), Erin Gibson (Rick), Jeff (Julia) Gibson, Leslie Gibson, Christine (Gary) Cameron, and David (Brenda) Gibson. Predeceased by her daughter Susan Colleen Gibson (Ray). Proud and loving grandmother of Michael, Erik, Madison (Emily), Adam, Elizabeth (Jeremy), Ryan (Naomi), Jonathon, Jess, Codey, Nicholas (Melisa), Rebecca (Beau), Sydney (Derek) and Abigael, great-grandmother of Maddison, Memphis and Avery and great-great-grandmother of Natalia. Survived by her sisters-in-law Shirley and Jacqueline and many cousins, nieces and nephews. Joan had many, many lifelong friendships, some that became family.  Joan was born, raised and lived in Hamilton all her life until very recently when she moved to Port Dover. She was a longtime and very active member of St. Michael's Anglican Church in Hamilton. Joan was a passionate supporter of wildlife and children's charities, a proud member of the United Empire Loyalists, and an avid reader.  She will be fondly remembered and dearly missed by all who knew her. A visitation and a celebration of Joan's life will be held on Thursday, December 8, 2022, with visitation from 12 noon to 2 pm followed by the service at 2 pm at St. Michael's Anglican Church, 1188 Fennell Ave. East, Hamilton. A reception will follow in the church hall.  Arrangements have been entrusted to THOMPSON WATERS FUNERAL HOME, 519-583-1530. For those wishing, donations to a children's charity would be greatly appreciated or send a book to someone you love.  Online donations and/or condolences can be made at www.thompsonwatersfuneralhome.ca

Share Your Memory of
Joan
Upload Your Memory View All Memories
Be the first to upload a memory!
Share A Memory