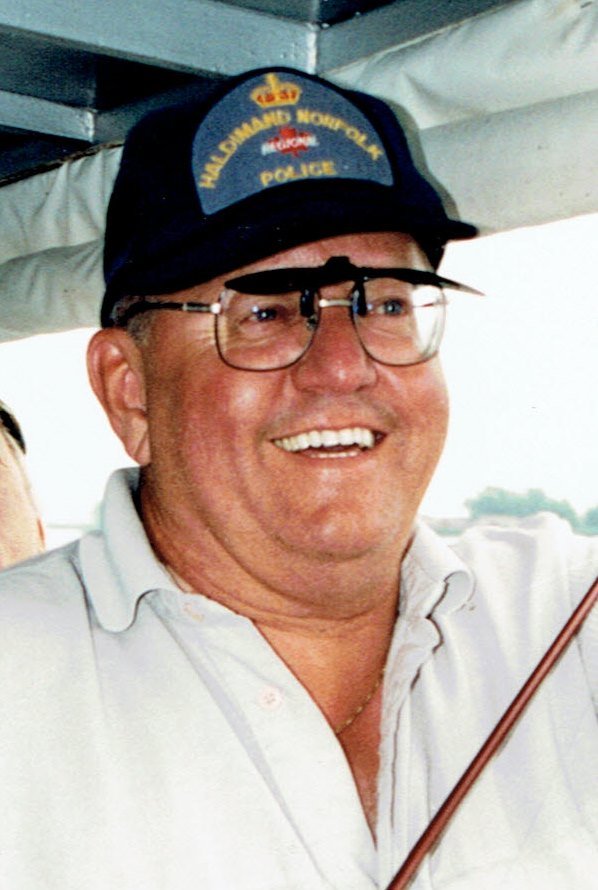 Please share a memory of James "Jim" to include in a keepsake book for family and friends.
View Tribute Book

McINTYRE, James Sanford "Jim" of Port Dover, passed away at Norfolk General Hospital, Simcoe on Thursday, September 19, 2019 in his 76th year. Dearly loved husband of 46 years to Susan (nee Daggett). Loving brother and brother-in-law of Joy David, Donelda and Edgar Leduc, David Daggett and Richard and Debbie Daggett. Beloved son-in-law of Marjorie Daggett. Much loved uncle of Stephanie David, Melissa Leduc Zalud and Steven Zalud, Erin Joy Leduc, Amy Leduc, Daryl Daggett, Tammy Daggett, Joanne and Brent Taylor, and Sarah and Kyle Calder. Great uncle to Michael Peplinski, Zachary Campbell, Rebecca, Maxwell and Parker Lily Daggett, Bailey and Cambrie Taylor, Isla and Everley Calder. Predeceased by his parents Sanford James McIntyre (1995) and Olive Smith McIntyre (2004), father-in-law Richard Daggett (2019), brother Reg McIntyre (1989), sister Betty Johnson (1992), and brother-in-law Gary David (2015). Jim came to Port Dover in 1972 as the manager of the Bank of Nova Scotia. He liked the town so much that he decided to stay, buying and operating the Norfolk Tavern from 1979 to 1989. His next career was in insurance and investments, working for Mutual Group, Clarica, and Sun Life. Finally he found his true calling and JSM Income Tax and Accounting Services was born. He operated his business from 1999 until his retirement in 2019, serving hundreds of clients. Jim was a former member of the Port Dover Lions Club and a member of the RCL Branch #158. A Celebration of Jim's Life will be held Friday, September 27, 2019 at the RCL Branch #158 (Market St.) Port Dover from 12 noon to 3 pm. A private family interment will be held at a later date. Arrangements have been entrusted to THOMPSON WATERS FUNERAL HOME, Port Dover (519) 583-1530. For those wishing, donations to the Simcoe and District Humane Society or the Norfolk General Hospital Foundation would be greatly appreciated. On-line donations and/or condolences can be made at www.thompsonwatersfuneralhome.ca

Share Your Memory of
James "Jim"
Upload Your Memory View All Memories
Be the first to upload a memory!
Share A Memory
Plant a Tree