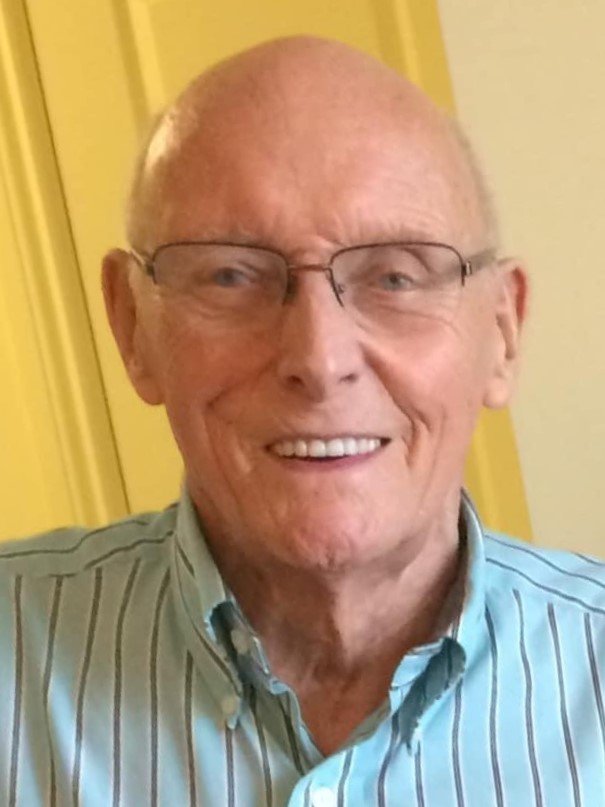 Due to the Covid-19 restrictions all services will be private

Varey, John Calvin
(March 29, 1932-December 2, 2020)
With heavy hearts but wonderful memories we announce that John Calvin Varey has passed away peacefully with his family at his side on December 2, 2020 at Norfolk General Hospital in his 89th year.  Beloved husband of the late Elizabeth Ann (Betty) (nee Greer) (2000).  Dearly loved father of Cindy Gekiere (Ken) of Port Ryerse, and Norman Varey (Cathy) of Port Dover.  Cherished grandfather of Caiti Sayle (Tyler), Amanda Watson (Jason), Stephanie Moscall-Varey, and Danielle Moscall-Varey.  Great Grand-Poppa of Quintin Sayle, and Kenley Watson.  John is lovingly remembered by his sister-in-law Mary Louise (nee Cutting) Varey and friend Elaine Fraser.  Predeceased by his parents Victoria (Lou) (nee Howey) and Harry Varey, his brother William (Bill) Varey and his in-laws Violet (Beaufoy) and Norman Greer.
John was born and raised in Port Dover where he spent many of his early years working with his parents at the Varey's Bathhouses, and then at the Port Dover Varey's Variety Store.  With his family history and love of woodworking, combined with his self-directed intuitiveness for fixing almost anything, John built many beautiful homes in Port Dover, Simcoe and Port Ryerse.  He was most proud of the extensive renovations on the one hundred year old St. Williams United Church where he was on the council for thirty years.  John said one of his best moments in life was while working high up on the church steeple where he could see the Long Point lighthouse, the Port Rowan and Port Dover water towers all along the lake and he realized he was the closest to his lord he had ever been.   John and Betty raised their family in St. Williams while owning and operating the very successful Varey's Clover Farm Market business for fifteen years.  Over his thirty-nine years of living in St. Williams John loved and was committed to his community by donating countless hours of his many skills to help renovate the St. Williams United Church, the Memorial Anglican Church, St. Williams Town Hall, and also the Grace United Church in Port Dover.  John also loved and had many great memories of being a member of the St. Williams Lions Club for thirty-six years.  He served in a variety of officer roles and received the esteemed Melvin Jones Fellow Award for his humanitarian efforts.  First and foremost John was a devoted family man who considered his many nephews, nieces and friends as part of his close family.  Helping them was his passion and delight.  His zest for life and love shone through everything he did and will lovingly be remembered by all as the man whom they could always count on to be their mentor, role model, and true friend with his moral compass as a his guide.  "With his love for sailing we like to think he has sailed away on silver wings." The family would like to thank all of the healthcare providers for their wonderful care during these trying times especially Dr. Wynveen and Carolyn, Dr. Kumanovskiy and Bonnie, LHIN homecare provider Jenna, the staff of 4B South at Norfolk General Hospital and Thompson-Waters Funeral Home for making the arrangements.  Due to the COVID 19 restrictions there will only be a private service with interment at the Port Dover Cemetery.   A Celebration of Life where we can all raise a glass to remember John will be held at a future time.  Arrangements have been entrusted to Thompson-Waters Funeral Home, Port Dover 519-583-1530.  For those wishing, donations to Norfolk General Hospital or Grace United Church would be appreciated.  Online donations and/or condolences can be made at www.thompsonwatersfuneralhome.ca